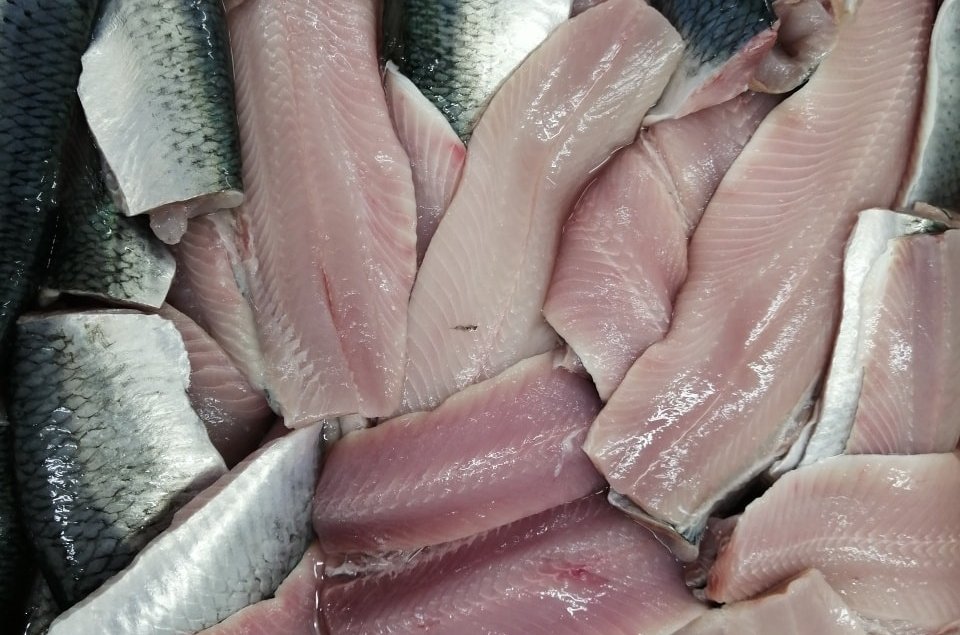 John Martin Tulloch, founder and director of Island Fish Shetland, has lived in Shetland all his life. In a life spent on the islands, many things are constant—the gales, the long winter nights…and the fish.

“Most Shetland bairns are brought up with going off with their grandfather or their father or uncles or whatever, and that’s just something that you learn—just like riding a bike,” said John Martin, whose story is featured on ‘Who Feeds Us?’, Farmerama Radio’s new series.

So when the novel coronavirus began to spread across Western Europe in early 2020, and the threat of a lock-down loomed, it was almost inevitable that one of the things that would bring the Shetland community together would be fish.

In the early days of the crisis, the export market died off almost entirely—something many fishers in Shetland, including Island Fish, depend on for a significant portion of their income. There followed a period of turbulence in the local fish market; at first there was a shortage—people were panic-buying, John Martin said, “so we were trying to get more and more fish in to feed the beast.” Then, when the fishers realised there were still sales to be made on the island, there was a glut. Prices crashed, the boats stopped going to sea again, and there was another shortage. Eventually, things levelled out, and the island’s fleet figured out a way to work together to supply the local market, which had grown significantly since before the lock-down.

“[H]alf of the Shetland fleet would stay ashore for two weeks of the month, while the other half fished,” John Martin said. “So they were controlling the quantity of fish that was coming in at a time, so they got a better price… It worked well.”

Back at Island Fish, John Martin had to rapidly pivot his business model to meet the needs of the community in the unprecedented lock-down situation.

“[W]e tried to diversify and see what the needs of the people and the community was, and just changed how we sold fish to make it more accessible to people that was self-isolated and that type of thing,” he said. “I think if we hadn’t changed anything and just carried on selling the fish the way we were before lockdown, we wouldn’t have been very busy at all. But we’ve actually been busier from the lockdown started, doing deliveries and people coming to pick up fish and that type of thing.”

While they were feeding the people of Shetland with fresh fish, John Martin and his family were also nourishing them with something almost as important—hope. His youngest daughter drew pictures of rainbows, and decorated scallop shells for their customers, all of which they would put into peoples’ orders when they went out for delivery.

“They [the customers] would put it up in their windows, so when we did do deliveries the next time we could see her picture up in the windows,” John Martin said.  “[I]t was just trying to brighten the atmosphere a bit and lift peoples’ spirits. And that was her job to make them.”

As the first wave of the virus passed, and much of Europe began to reopen, the international market began to pick up again. But everything is not as it once was. To begin with, Island Fish’s local customer base has grown noticeably since before the lock-down.

“A lot of the people now in Shetland are trying to source local produce, whether it’s fish, or beef, or eggs, vegetables, anything—try and get it locally if they can… which is good for the local economy too,” he said. Serving local people also comes with a special sense of satisfaction that he doesn’t get from selling to faceless overseas buyers. “You do get a good feeling when people come back and say they really enjoyed it, and that type of thing,” he said.

John Martin himself is also looking more to local suppliers for some of his business’ needs, as the consequences of Covid have made it difficult for him to source supplies from the mainland. “[T]hat’s making us look at alternative suppliers, seeing what’s easier to get a hold on and quicker… If it’s available locally then that’s the easiest way it’s going to be,” he said.

This growing sense of community self-reliance that John Martin feels extends to the whole community across the 16 inhabited islands of Shetland. “I think that we could be self-sufficient up here. We have some good crofts and good beasts—animals and stuff that we can live off,” he said. “Most of the households… has a polytunnel that we can use and get vegetables from.” While certain items, such as timber (there are practically no trees on the islands, thanks to the aforementioned winds) and fuel (at least until such a time as renewables replace fossil fuels) would still need to be imported, “we have everything here on our doorstep,” he said.

As the climate continues to change, the world will face more crises that threaten the stability and viability of our food system as Covid has done. Local food systems that don’t depend upon exports or imports for their survival will be a crucial factor ensuring food resilience and sovereignty in the future. “Everything is changing, but how it’s going to change I don’t know,” John Martin said.

The way Island Fish Shetland have embraced their role in feeding the local community, keeping them nourished and fed in many different ways throughout the darkest days of the pandemic, is a brilliant example of how communities like those who live in Shetland can continue to feed themselves well in spite of whatever troubled waters may lie ahead.

I wrote this article as part of a series for Who Feeds Us?—the new podcast series from Farmerama Radio which I have been working on all summer. Who Feeds Us? is a chorus from the people who have fed us throughout the Covid crisis: people from all over the UK, of many different ages and beliefs, from different backgrounds, regions and classes; farmers, growers, community leaders, healers, chefs, beekeepers, and fishers.

Who Feeds Us? is an important series about the relevance of food sovereignty to everyone in society. This means putting our food back in the hands of the people, and prioritising nature and nourishment. Tune into Who Feeds Us? by Farmerama Radio via all major podcast platforms or visit https://farmerama.co/listen/